Today is a shorter update. I spent a lot of time in meetings with different tools teams (Truffle, Zeppelin, EthPM) about how to better do contract upgrades in a DevOps manner. Expect more from me once I get it working and write it up ;-)

Told a story where back in the day they started taking Bitcoin, so they had some young guy come in and help them set up their initial wallets. It was Vitalik :-)

Instead of the world wide web where we have lots of blogs, everything has collapsed into Facebook and Twitter. People are building castles. The web is being turned into a global surveillance tool
Internet Archive is getting involved in the decentralised world to help try and affect change.
The goal is: Universal access to all knowledge. Want to be the library of Alexandria version 2.

He loaded up https://dweb.archive.org
Showed that the first HTML page is a bootloader. Loads up the JS libraries to access IPFS, torrets.
Browsed around the site, loaded videos. It all just worked.

Benefits:
More privacy. Reader privacy, and no third party storing of data.
People being rounded up based on what they've read, has always led to bad things.

13 challenges (I missed some)

Money is the killer Ðapp: crypto in Venezuela

Venezuela has issues with their currency and government controls and corruption.
Bitcoin is the most liquid in Venezuala, about $1m being traded a day.
Crypto is being used for:
Earning across borders.
Storing value (safer than banks)
Defeating extortion, when crossing boarders.
Providing aid to families in different locations.
Open money initiative. They have a wiki for Venezuelans to use and learn how to use crypto
https://www.omipedia.org/

Will talk about how the Ethereum community, and the sex worker community are aligned. It was easier to just take a photo of each slide for this talk, as they have written down for each aspect how they are alike.
Where is blockchain adoption going to happen first? He realised that this community that has been ostrasied from traditional financial system was a great place to start.

Ameen:
About a year ago, he was feeling pretty depressed. Wasn't spending time on Tinder because he was working a lot. He wasn't having luck talking with girls and was getting more and more nervous over it. He had a lot of money and was lonely, so started looking up sex workers in his local area. Made a meeting with a local escort. But when he went to get cash out, he was at his daily ATM cash out limit. He couldn't get enough money out and had to change his 2 hour apointment down to 1 hour. He met the escort, talked about crypto, got her on board, and paid her by cypto.
Morality does not equal legality.

Chelsea:
Was a sex worker. Wish she had crypto back when she was working. Now she is a crypto educator. 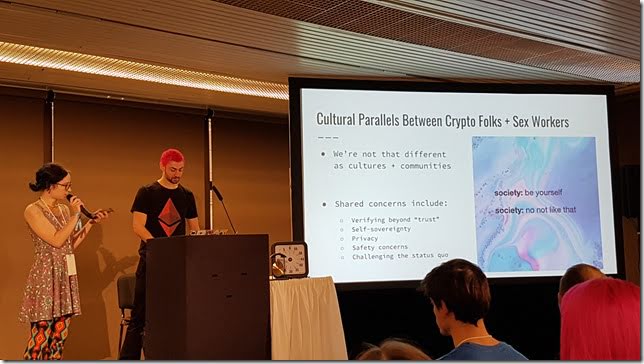 Needing to trust and verify.
Vetting a new client for first time, need to get a referral from another escort. Difficult for 1st time customers. 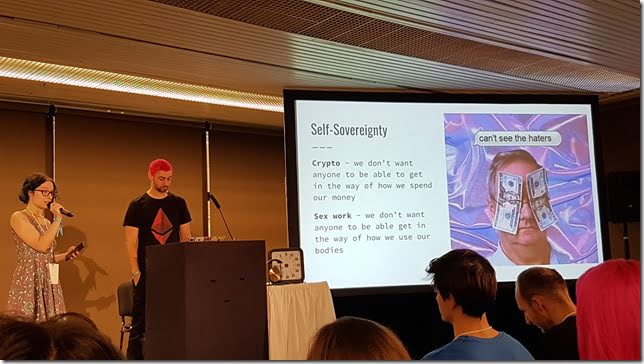 Sex workers are cypherpunks. They use proton mail, loads of crypto currencies. 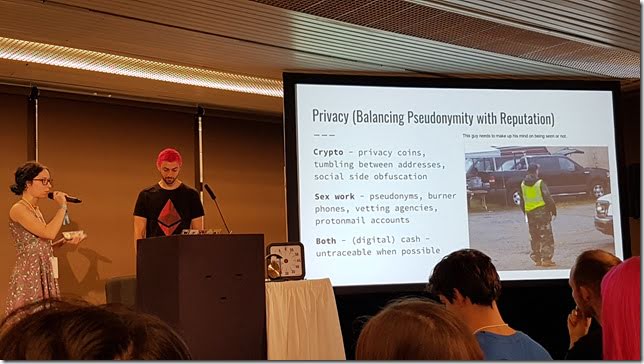 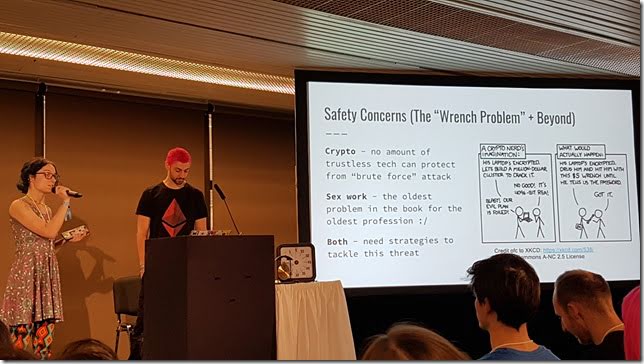 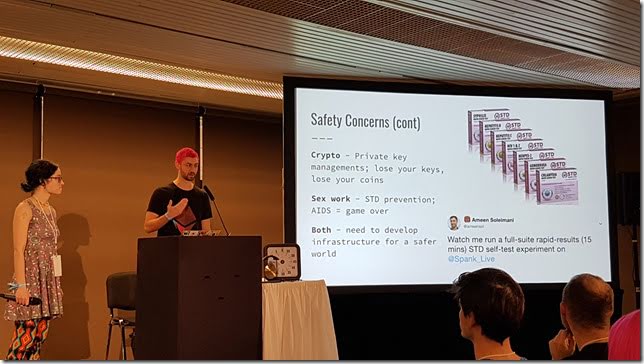 Sex workers can be immediately blocked by most traditional financial systems.
Sex work criminalisation, currently stops sex workers from calling local police if they have things to report. As it is more likely that they will just be arrested than helped. 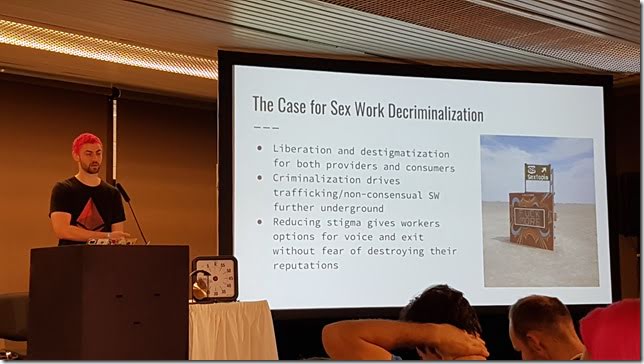 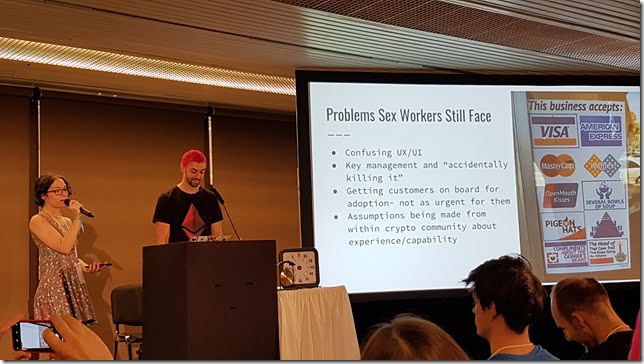 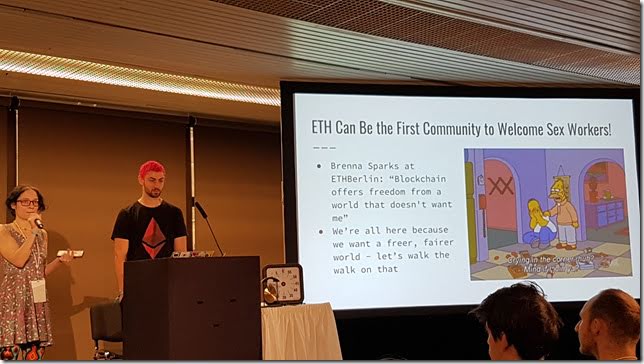 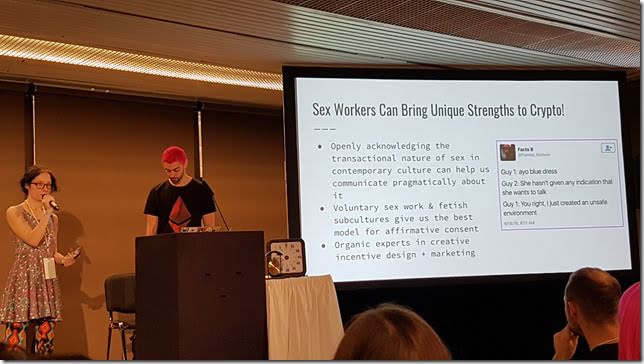